Among Us has rocketed in popularity recently, and it seems like everyone’s playing it. If you’re looking for a good time, you might be interested in giving the game a try.

Jumping into a multiplayer game unprepared can be a bit daunting, but don’t worry. We’ll give you the details you need to make your experience better. Let’s dive in.

What is Among Us?

InnerSloth’s Among Us is a top-down social deduction game that forces you to question the motives of all of your teammates. It was originally released in June 2018 and popularized by Twitch stream Sodapoppin in July 2020.

The team initially developed Among Us as a mobile-only title. It also received a wider PC release in November 2018. In August 2020, InnerSloth announced that plans for a sequel were canceled. Instead, all of the new content would be added to the original game.

What are the rules of Among Us?

In order to win, you’ll need to complete all of your tasks, vote out the Impostor, or kill everyone on board, depending on the role you’re assigned.

The game contains two roles that players can receive: Crewmate or Impostor. Let’s take a look at these roles and how it’ll change how you interact with the world.

The crewmate’s job is to complete their tasks before the imposter kills everyone onboard the ship or station. Alternatively, you can win the game as a crewmate by ejecting the Impostor.

You can see your tasks on-screen, and helpful arrows can also guide you to jobs you have to do. When you complete tasks, the taskbar will fill and show the progress of your entire crew.

If you want to win the game, you’ll need to get everyone on board to do all of their tasks. If a crewmate dies, not to worry! They can still do jobs as a ghost.

The Impostor’s job is to kill all of the crewmates, one way or another. You can sabotage systems to force players to move around and create confusion. There’s also the ability to travel through the vents in the ship or station, which lets you move rapidly across the map.

You could throw suspicion onto other crewmates and turn them against each other, but be careful. Making accusations can backfire on you. 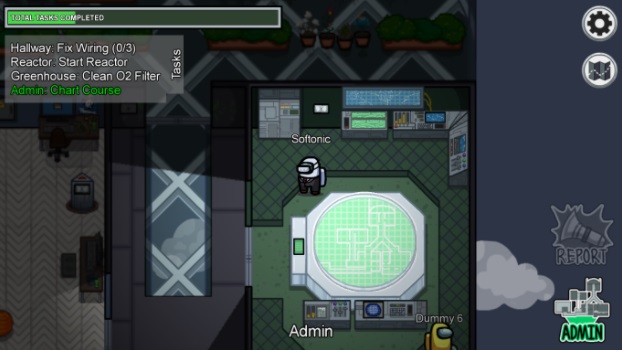 Meetings will occur if a player hits the ‘emergency meeting’ button in the level’s cafeteria, or if someone reports a dead body.

Meetings are the only time that the in-game chat is accessible. If you want to talk to people, you have to call a meeting. Any players that have been killed can’t communicate with you. They can see your chat, but you can’t see theirs.

During this time, the crew can discuss movement, raise suspicions, and vote to eject a team member if enough people think they’re the Impostor.

As a crewmate, you need to be on the lookout for any unusual behavior during meetings. Players throwing immediate suspicion onto others could be a sign they’re the Impostor; they could also be telling the truth.

As the Impostor, this is a critical time for you. You’ll need to use misdirection and manipulation to convince the crew that you’re on their side. Take the opportunity to endear yourself to the crew or find reasons to raise suspicion against other players. Take note of any tactics that emerge during this period and take advantage of them. 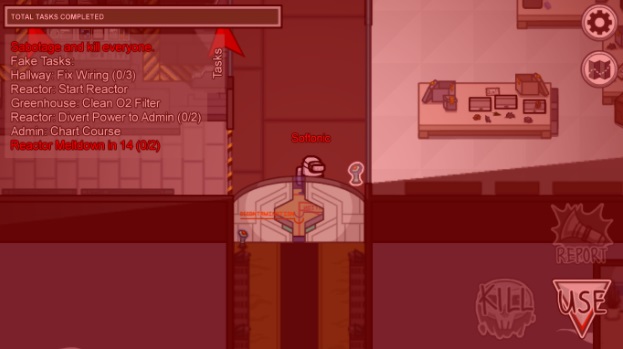 How can I win Among Us?

Winning a game can be difficult. If the Impostor is talented, you may never find them. If the crew are focused and in lock-step, you may only get one kill. Read on for some of our quick tips for how to win in Among Us.

Your primary focus should be on completing tasks. Even when you die, your ghost can still finish assignments. If you just get all of the tasks done, you can win the game.

However, it’s rarely that easy. You also need to protest your innocence from time to time in the meetings. You may notice suspicious behavior that you want to make light of, but it could blowback on you.

Here are a few tips:

We’ve covered how to be a good impostor in another article, but we’ll hit the broad points for now.

You’ll need to know the territory better than anyone if you want to win as the Impostor. You need to know what rooms have vents, where the blind spots are, and what rooms your sabotage will affect.

You also need to know the game setup better than the rest of the players. You can see all that information on the left side of the screen in the game lobby. What are the vision limits? What are the cooldowns? How many emergency meetings do we get? If you have that information in your head, you’ll be a more effective impostor.

Here are a few general tips: 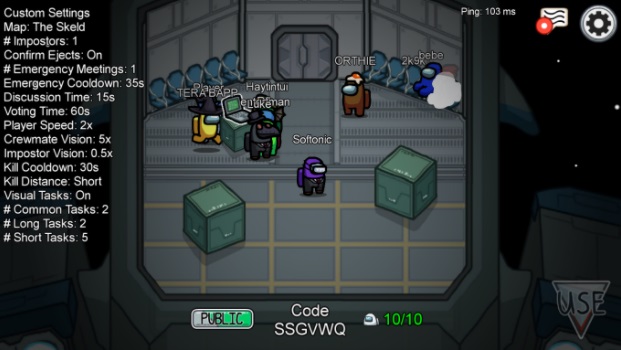 How can I play Among Us online?

The big draw for the game is playing with strangers and testing your deductive skills against unknown foes.

When you boot up the game, you’ll notice a big “online” button on the main menu. You can click that, then decide whether you want to host or join a match. Let’s take a look at both of these options in detail.

When you decide to host a game, you’ll need to choose the map, number of impostors, and maximum players (up to 10). You can also decide the main language you want game chat to be in, which helps potential players find games that chat in their language.

You can’t change any of these options while in the lobby. If you want more impostors or a different map, you’ll need to exit your lobby and make a new game.

When you first pop into your lobby, your game is set to private. This feature gives you plenty of time to change the gameplay options before other players can jump in.

You can use the computer in the lobby to adjust the options. Feel free to change the view distances and player speeds. There are also options to add more tasks, lengthen cooldowns, and adjust how long meetings take.

Once you’re ready, you can set the game to public by clicking the button on the bottom of the screen. Players will join at their leisure. 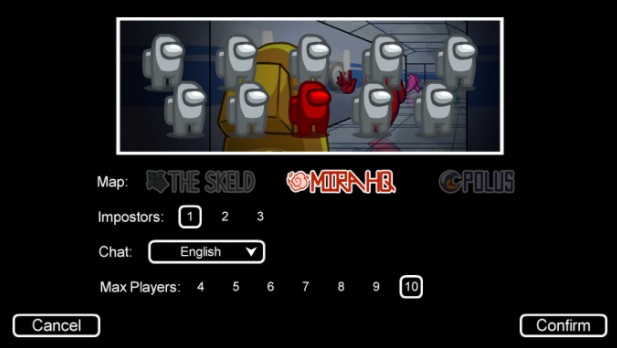 If you’d rather jump into a game without dealing with all the settings, use the Join options.

If you want to play with your friends on public matches, they could give you the code at the bottom of the screen. You can use that to join a private game or just join a match directly.

Otherwise, you can look through a browser of currently-active lobbies. You have the option to filter by map, Impostor number, and chat language. The server browser will show you the name of the host and the max player count.

You can also see how many players are active in the lobby. If you want to play right away, it’s best to join a lobby that’s nearly full. If you want a bit of time to customize your character and chat with people, you might want to join an emptier game. 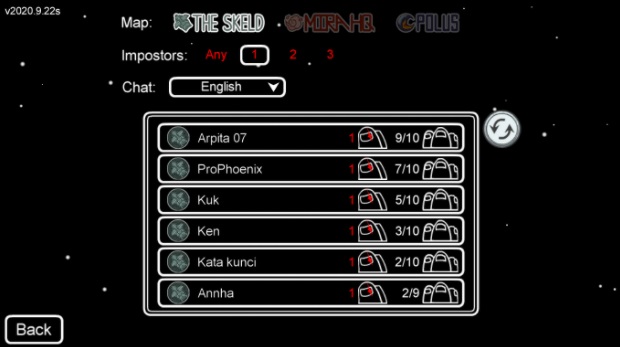 Make sure to have fun!

The most important part of the game is that you play in good spirit and enjoy the ride. It may not be fun to die, but find humor in watching your crewmates struggle with information you already know!

We hope you got plenty of useful information out of this beginner’s guide. Do you have something to add? Was there anything we missed? Be sure to let us know in the comments section down below!

How to Close Doors in Among Us in 3 Fast Steps