How to avoid cheaters in Among Us 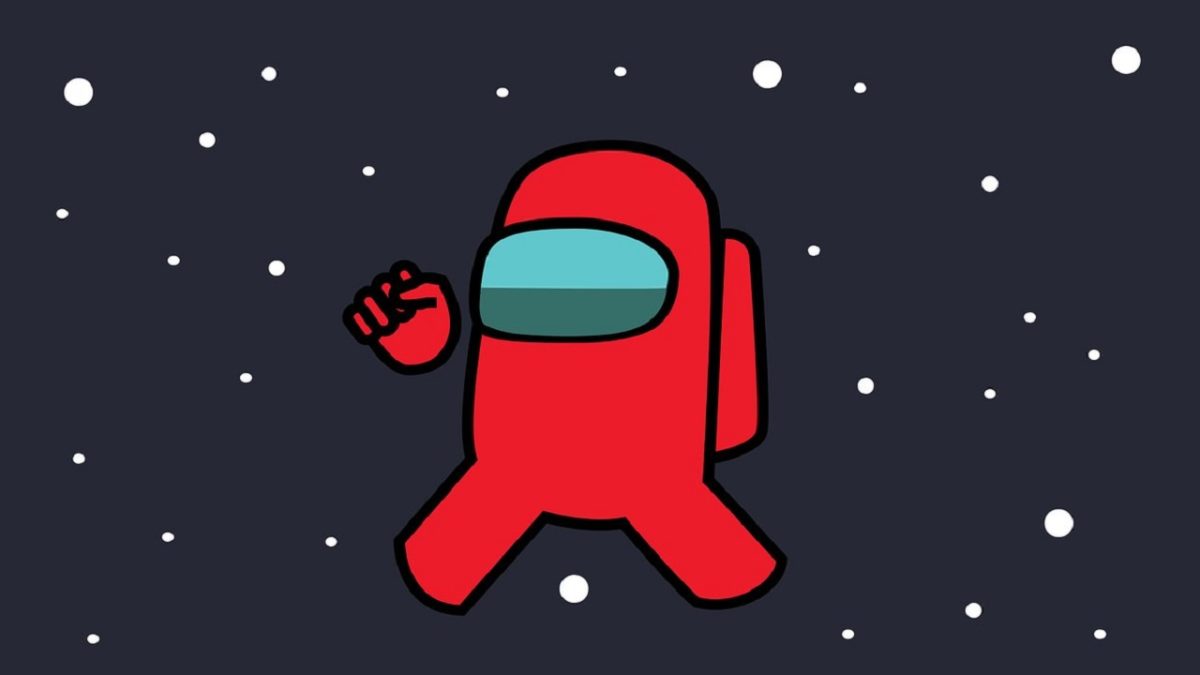 If there’s one downfall of online multiplayer games, it’s cheaters. Among Us has fallen prey to those nefarious parties that’lll do anything to secure victory. So how can you avoid the cheaters?

The answer has a few components to it. We’ll dive into what kinds of cheating you may encounter in InnerSloth’s social deduction mega hit, how to avoid them if you can, and what, if anything, the developer is planning to do about it.

Here are the most common types of cheating in Among Us:

Let’s get right into it.

Among Us isn’t unique in having cheaters; nearly every major video game has to deal with these kinds of players at some point. However, in other games, the hacking and cheating is usually to get a reward or currency more quickly. In Among Us, though, there isn’t a currency, there aren’t any achievements, and there are no rewards.

It leaves one wondering why players would hack at all.

There are plenty of modpacks and hacks available for the game. Players can download these hacks and have access to a wide range of abilities that they couldn’t use before. It might include an ability to always be the impostor, moving faster than all the other players, and insta-killing the entire lobby.

The cheating can come in a few forms that all have different results. Keep reading to find out how to identify them and what you’ll see when they occur. 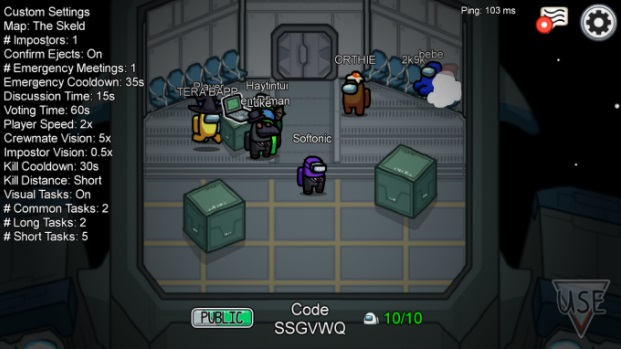 There’s a hack that allows a player to always be the Impostor. It usually takes a few games to figure this out, so if you like to rotate lobbies each match, you won’t notice it right away.

It does exactly what it says. If you noticed that the same player has been the Impostor for more than two matches in a row, they might be hacking

As players might now, the chat of the dead exists in its own realm. When you’re killed, players that are still alive can’t read your messages, but you can talk to other dead players.

Some hacks allow a player to read the chat of dead players. It could give them an edge in the game if they’re a crewmate. You might see a player directly responding to what you said, which is a pretty good sign they’re hacking.

This cheating method is pretty easy to spot. By default, all players (crewmates and Impostor) move at the same rate. While there are differences in how the two roles see and interact, movement is a constant for all players.

If you notice a player moving faster than everyone else, then they’re probably hacking.

If you’ve played the game, you’ll know that you become a ghost when the Impostor kills you. This mode allows you to traverse the map without walls acting as a boundary.

Wall hacking allows the player to circumvent the wall restrictions and move through the map unimpeded. It’s easy to spot; if you can see the player is alive and is walking through walls, they’re definitely hacking.

One of the most important moments of the game is the meeting and vote period. You’ll notice the time allotments to this section before the game starts. There’s an amount of time given to the meeting, and a different amount given to the voting period.

Hackers can completely get around this by ending the voting and discussion period early. If you notice there’s still time on the clock when the meeting ends (and people still haven’t voted), then somebody is probably hacking.

It would be hard to figure out who, though, unless someone confesses in chat. 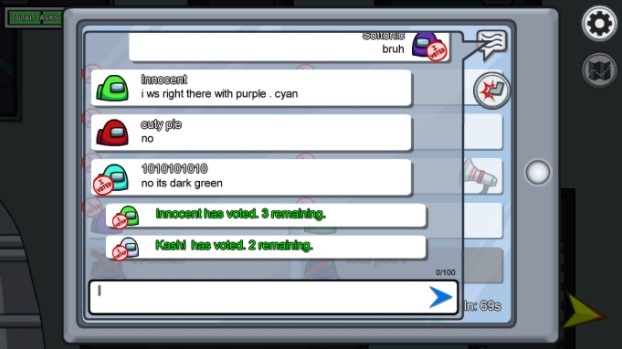 The Impostor is the only player that has the ability to kill players. However, this ability is usually curtailed through a cooldown. The player has to wait a certain amount of time before they can kill again.

Some hackers are dissatisfied with this mechanic. They can eliminate that cooldown altogether, allowing them to wipe out the entire crew in a matter of seconds.

This function is another hack that’s easy to spot. If you know there’s a kill cooldown and you see the Impostor laying waste to your crewmates, they’re probably hacking.

This hack is pretty tough to spot. Players may sometimes join public lobbies together. As a result, they all have access to the same information. If one of them goes down, everyone in the Discord knows who it was and how to vote.

Playing this way ruins the spirit of the game. The Impostor’s identity is hidden from everyone for a reason; using a backchannel to upend the mechanics of the game just sours the experience.

If you notice everyone making the right vote the first time with no discussion, you’re probably seeing backchannelling at work. 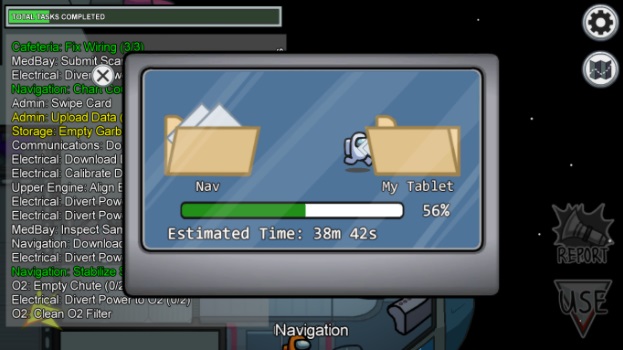 What to do about cheaters

Without a robust reporting system, anti-cheat tools, and other features in place, there’s little players can do about any cheating they witness. There are a couple of things you can do to take your game experience back into your own hands.

If you’re playing in a public lobby, just back out and find a new one. Try not to leave in the middle of a game, though. You can get punished with a 5-minute wait time for leaving a match intentionally.

This method is your best and only defense against cheaters if you aren’t hosting the game.

If you want more control over the game experience, put together a few friends, agree on some rules, and start up a private lobby. You can all join by using the code at the bottom of the screen.

This technique might be the best thing to do if you want to play with friends anyway.

If you’re the host of the game, you have a nice moderation tool at your disposal: you can kick out any players you want. Take advantage of this function if you notice any of the above cheating behaviors. Removing them from the game is better than starting a new lobby and losing the crew you have. 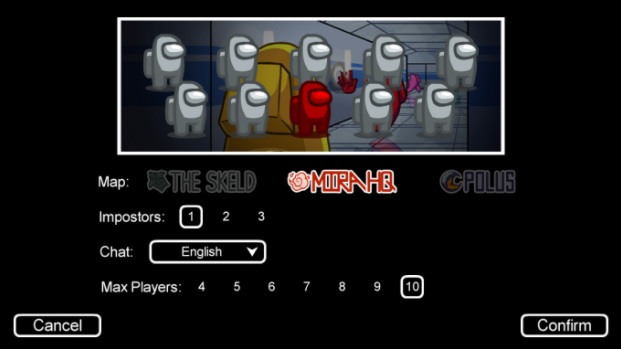 What will InnerSloth do?

The developer of Among Us is already aware of the issue. Despite the small team, Forest Willard (InnerSloth co-founder and programmer) talked about the need for better multiplayer tools moving forward.

One of those tools includes an account system, which doesn’t currently exist in Among Us. Tying players to accounts will allow InnerSloth to take reports and ban hackers more efficiently, which will improve the overall experience.

Willard also spoke about the desire to implement more anti-hacking tools and features into a future update. This would aim to prevent the hacking altogether.

It’s doubtful that the bad experiences with hackers in Among Us will have any negative impact on the game’s lifecycle. InnerSloth have already announced a total code rework of the game and canceled a sequel, favoring adding content into the base game itself.

The title has seen a massive popularity spike due to the deduction portion of the game. It’s unlikely that hackers will be able to interfere with or take away what made Among Us so popular in the first place.

So what about you? Have you had experiences with hackers? What did you do about it? Let us know in the comments below!

How to Update Minecraft in Windows 10